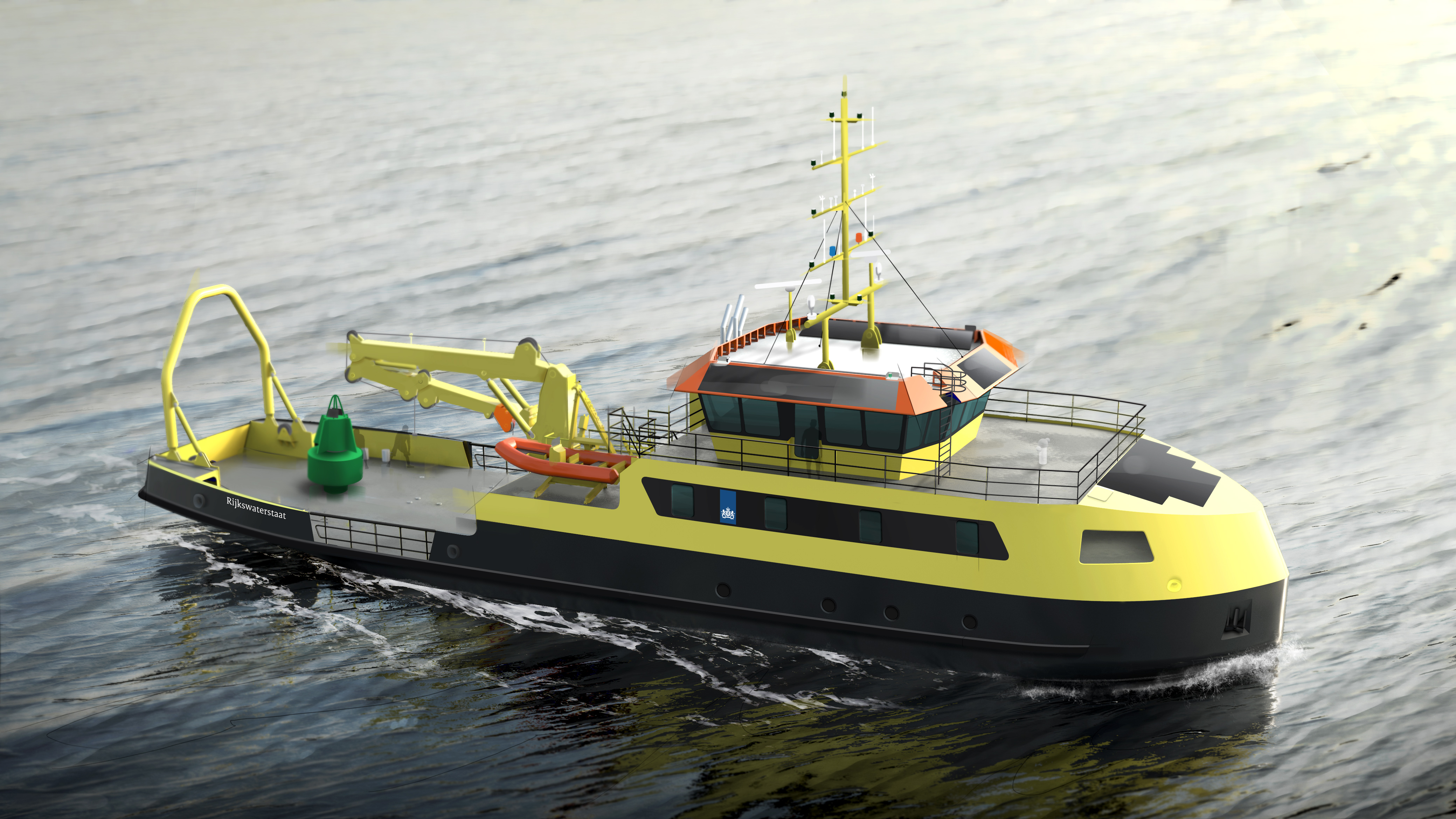 The Netherlands’ infrastructure agency Rijkswaterstaat has awarded Bijlsma Wartena a contract to build its three new multi-functional hybrid vessels for its national fleet. The Netherlands’ first battery-powered Multi-Purpose Vessel will be delivered sometime in 2018.

The Multi-Purpose Vessel (MPV 30) combines a variety of functions, such as channel marking, patrolling, survey and fishery monitoring, all on a single vessel. Rijkswaterstaat will use the MPV 30 on the Netherlands’ major inland waterways, the Wadden Sea, and up to 30 miles off the Netherlands’ North Sea coast. With the construction of these vessels, Rijkswaterstaat has taken a major step forward in making the fleet more sustainable.

This is the first time that Rijkswaterstaat has commissioned such multi-functional and energy-efficient vessels. The MPV30's are each equipped with Marble's AMCS and a custom build Power Management System which allow to run the vessel in different power modes depending on the situation or job.

The MPV30's are equiped with a custom build Vessel Performance System (VPS) which monitors the vessel effeciency based on energy usage, vessel speed, water depth and weather conditions. And more options to be named such as:

Each of the above components can be either alarmed, monitored and controlled by the Marble system and has his own unique smart features.